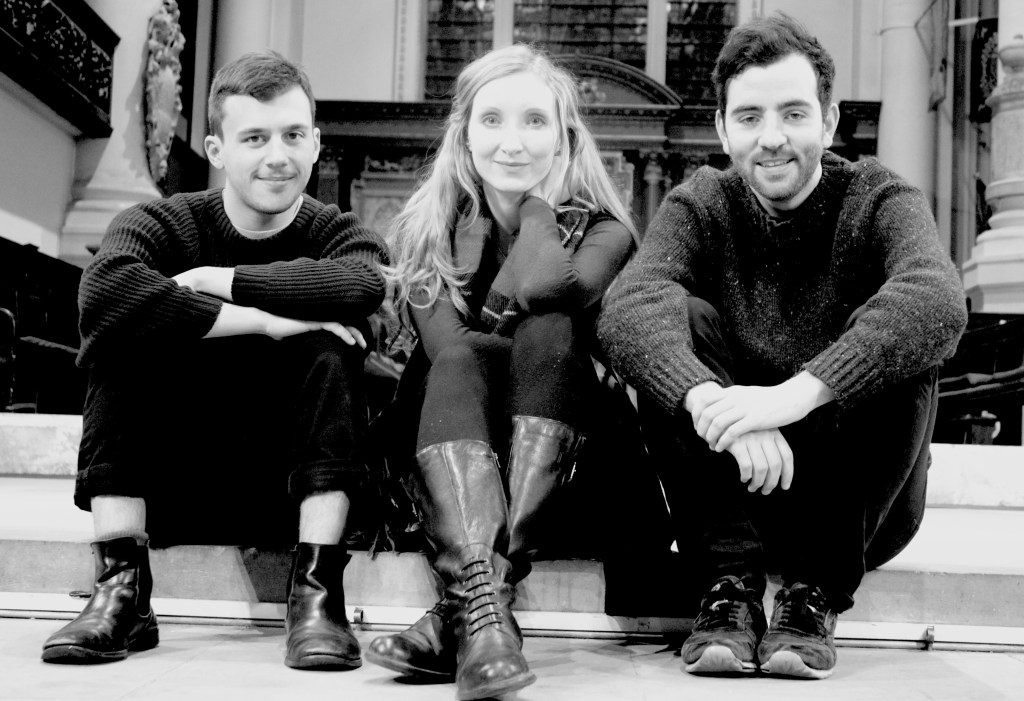 Formed as a response to the erratic and all-consuming city of London, White Flower offers its audiences an opportunity to step away from urban life, pay attention to intimate sound, and be drawn into dream-like sonorities. Through creating a focus on stillness & silence, but exploring uncomfortability & contradiction, a trance-like catharsis is offered for contemplation.

The music draws richly from folk music, but is approached through the lens of contemporary classical, improvisation and sound art perspectives. It may be presented as solely acoustic, or extended and distorted by electronics creating surreal atmospheres. Poetry by the members and others feature.

The Trio formed in 2014. Saxophonist Seb Silas (Don’t Problem) and violonist Will Newell (Solem Quartet) studied and collaborated together from an early age at Forest School, East London. Subsequently, Seb met vocalist Sylvia Schmidt whilst studying at Middlesex University where they both graduated in Jazz Performance. Seb and Sylvia work together in various jazz/improvisation projects including Mimika Orchestra.

In 2015 the group recorded a live demo at St. Sepulchre’s Church, Holborn; produced by saxophonist Klaus Bru, mixed and mastered by Alex Bonney and with a cameo by Peter Straker. In December 2016 they self-released an arrangement of the Christmas carol ‘Silent Night’.

White Flowers latest project has been a collaboration with Catalan filmmakers Cadhla Kennedy, Anna Cornudella and Román Cadafalch. ‘Pan Seco’ (translated: dry bread) is a documentary about the great work of Justo Gallego Martinez, a cathedral built with no previous architectural knowledge and with the use of recycled materials. The documentary follows the life of the characters that coexist in this space and seeks to explore the values that sustain the construction of this peculiar cathedral. White Flower was invited to compose and record the music for this slowly unfolding beautiful portrait of a man’s unshakable believe in the face of on-going struggle. The film is due for release in 2020. Follow the project here.