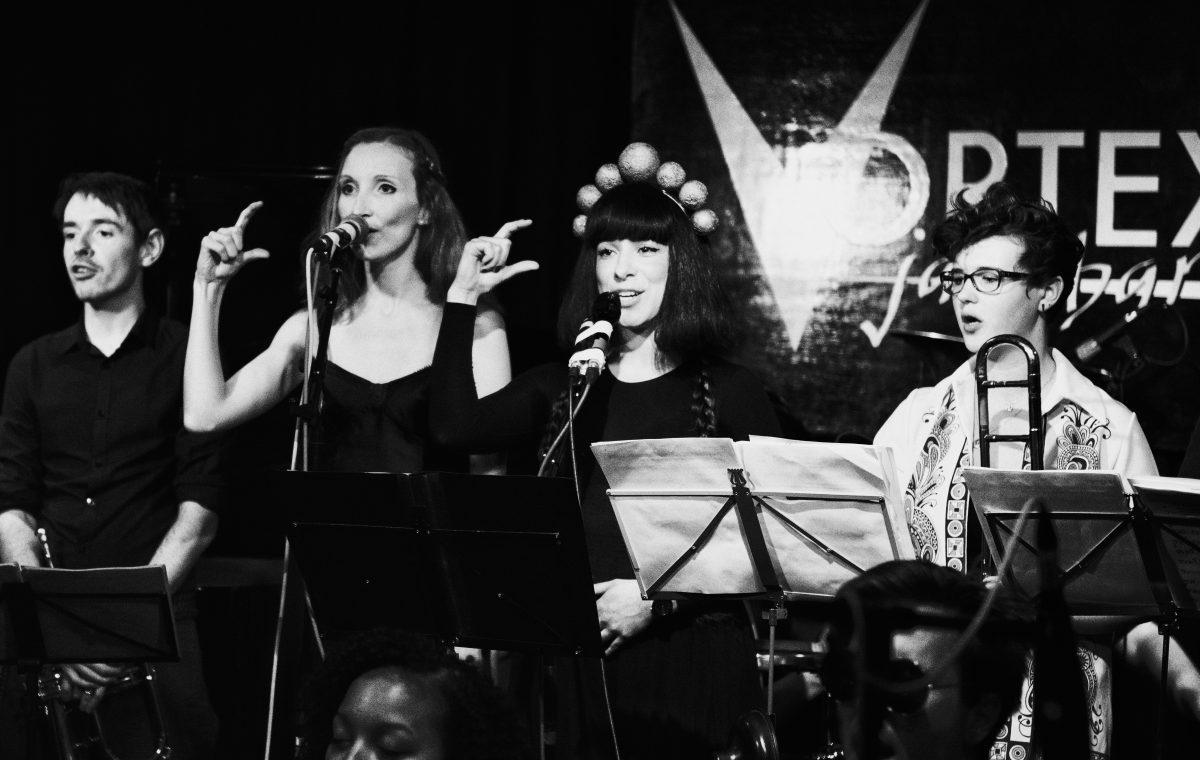 Mimika Orchestra was founded in London in 2010 by the Croatian composer and saxophonist Mak Murtic. It has been dubbed as one of London’s most creative, trans-idiomatic orchestras, taking audiences on an adventurous journey to where jazz collides with other musical genres and art forms, telling anthropological, cultural and mythological stories of the future and the past.

Sylvia joined Mimika in 2014 as one of two featured vocalists for their development, recording and release of the slavic folk and progressive jazz album ‘Divinities of the Earth and the Waters’.

The album follows a psychedelic plot set on an imagined ancient Slavic festival in the preindustrial Balkans, aesthetically reminiscent of the late Sergei Parajanov. Dealing with the human condition, love, loss, myth and struggle, it exposes the protagonist’s life through his reality and imagined perception, from folk festivals in young adulthood to his own funeral ceremony. Musically, it is an album full of orchestral twists, complex arrangements, lyrics in the old Kajkavian dialect, uneven measures, heavy grooves, solos, free improvisations.

Sylvia performed with Mimika at the London Jazz Festival 2015, and at renowned London venues such as Vortex Jazz Club, RichMix, Bussey Building and The Spice of Life. The Orchestra has been featured on BBC Radio, Jazz FM, major European Radio Stations via the European Broadcasting Union and HR3 – Croatian national radio dedicated to culture, jazz & classical music.